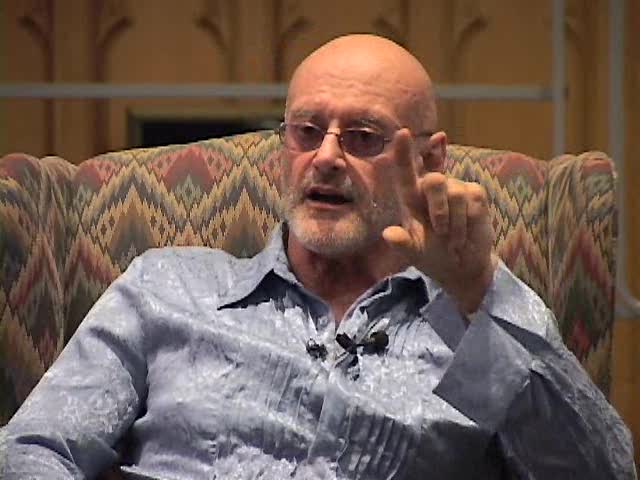 Since I first discovered the works of Ken Wilber, way back in 1980, my assessemnt of this intriguing figure has gone through a number of radical about faces.

Way back in the 1980s I liked him, couldn’t help at the time but be mildly jealous of his vast learning, was fascinated by similarities between his psychological synthesis and Rudolf Steiner’s cosmology (more recently I discovered

I’m not the only one to make that connection, although I do think I’m the first), respected him, was intrigued that my own teacher Moshe Kroy had met him, but in other respects thought nothing more about him, and pretty much forgot about him.

In 2004 I rediscovered Wilber and was amazed that he had set up an Integral project, which seemed to have so much in common with my own thoughts and feelings about changing the world. Ken Wilber, like myself, is a Hedgehog who is trying to formulate a Theory of Everything. I felt myself caught up in this powerful current, and radically updated and upgraded my website on him. Most of this section of my website was written around that period. I also wrote up my own early attempt at an Integral Theory Paradigm, although I have since revised my worldview quite a bit since then.

But the more I learned of his Integral theory, the more I found things to disagree with, both as regards his intellectual philosophy, his methodology, his criticism of eco-spirituality, and his misinterpretation of Sri Aurobindo.

Moreover, although Wilber like me is a staunch evolutionist, he attacks rather than incorporates the evidence of physical biological evolution, so his evolutionary paradigm cannot be as complete or as reliable as those, like say Teilhard de Chardin’s or Erich Jantsch’s, who are not fazed by the implications of Darwinism.

My opinion and intellectual differences hardened during the

Jeff Meyerhoff, is not named. The controversy split the Integral community into pro- and anti-Wilber factions (I’m reminded of the current controversy and heated feelings in the Integral Yoga community over Peter Heehs academic biography of Sri Aurobindo) Certain problematic elements of Wilber’s personality and organization surfaced (and who is perfrect? Certainly not me!). To my own shame, I allowed myself to project my shadow on Wilber, too often attacking the man rather than the theories, and I feel that some of my own critiques of Wilber –

posted on Integral World – are diminished bin places because of this. It is not that I regret my criticism of his philosophy and methodology, not at all, in fact I stand by it. But I do regret the occaisonally personal attitude that was much harsher than what I would now write.

This was back in the period from mid 2006 to early 2007. Since then, my assessment of Wilber has changed once again, this time for the favourable. So I can say, writing in October 2009, that despite my criticism of certain aspects of his philosophy, I see Wilber as a positive figure, and cannot but be inspired and influenced by his grand attempt at universal synthesis. He and his students (especially

Sean Esbjorn-Hargens of JFK University) have done important work in championing a multi-perspectival approach and thus presenting consciousness to an academia that tends to deny it. Most of all, his “Integral Post-Metaphysics” has motivated me to develop and systematise my own Integral Gnostic Metaphysics, as a larger gnostic theory that includes but also goes beyond Wilber’s own.

Much as I support Frank, and feel that his site serves a role as forum for comemntators and critics of Wilber, I find that criticism when taken too far and continued too long becomes both tedious and counterproductive. I mean, how much more can one say about the guy? I therefore have embarked on a new phase of constructive engagement with the mainstream Integral movement, through friendlier criticism and co-working, and perhaps also make up for my earlier “Ken bashing”.

Nevertheless I have kept some eralier and important critiques on my site, including the invaluable observations and comments of Peer to Peer activist Michel Bauwens, to point out that there are still a number of important problems in the Wilberian movement that need to be addressed. Perhaps the Integral Institute is already aware of these things and is already addressing them. Perhaps not. In any case, I hope that my friendly dialogue with the Integral mainstream will in some small way contribute to expanding perspectives and steering the Integral Movement in the direction of a more universal orientation, less focused on one man alone who, no matter brilliant, is still only an imperfect human being, like all of us who have not yet attained Realization.

Ken Wilber – an overview of sorts, including material compiled from elsewhere, along with my own opinionated views.

The Atman Fiasco – a detailed critique of the Atman Project, by Arvan Harvat

Phase 4 – All Quadrants All Levels

The Cult of Ken Wilber by Michel Bauwens